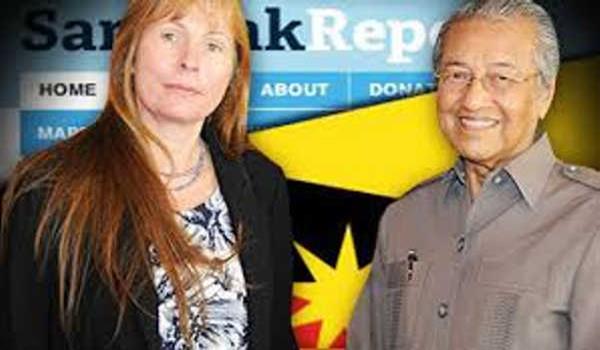 1MDB has been made aware of an article, dated 10 October 2015, that has been published in the Sarawak Report, an online blog currently banned in Malaysia. This article has published selectively extracted materials and contains serious and unfounded allegations, in a clear attempt to manipulate readers with respect to events that have previously taken place at 1MDB.

The fund units, owned by 1MDB subsidiary Brazen Sky Limited, were originally valued at US$2.318 billion in September 2012, as the eventual outcome of various equity and murabaha loan investments totalling US$1.83 billion by 1MDB with PetroSaudi between 2009 and 2011. Over the investment horizon, 1MDB has received and reflected in its audited financial statements, cash returns, i.e. approximately US$81 million murabaha profit, and approximately US$263 million dividends from fund unit investments, i.e. a total cash return of approximately US$346 million and a total gain over time of US$488 million (US$2.318 billion less US$1.83 billion).

As of 31 March 2014, the fund units were valued at US$2.33 billion.  On 5 November 2014, at the time 1MDB’s financial statements for the year ended 31 March 2014 were published,  an amount of approximately US$1.22 billion had been redeemed, in cash, with proceeds being substantially utilised for debt interest payment, working capital and payments to Aabar as refundable deposits for options termination.

On 14 and 24 November 2014, approximately US$170 million of the US$1.11 billion fund units were redeemed, in cash, leaving a balance of approximately US$940 million in fund units. On 2 January 2015, i.e. prior to Arul Kanda joining 1MDB, a final redemption of approximately US$940 million was undertaken through a sale of fund units to Aabar, with cash payment being deferred. (Note: Aabar was separately a guarantor of the fund in which the units were invested but by mutual agreement, the redemption was via sale of fund units instead of calling on the guarantee. This fund unit sale agreement was subsequently superceded via the Binding Term Sheet signed between 1MDB and IPIC, the “AA” rated parent of Aabar, on 27 May 2015, upon which a payment of US$1 billion was made by IPIC to 1MDB.)

Whilst Sarawak Report has published a number of alleged 1MDB related documents in the past, which we now know to be stolen and possibly doctored goods, sourced from a convicted criminal, I can confirm that – in this particular case – it appears to have published an authentic 1MDB document, namely minutes of a 12 January 2015 Board meeting. This was the first 1MDB Board meeting I attended, i.e. a week after I joined the company on 5 January 2015.

At the meeting, I stated to the Board, based on my understanding of events that occurred before my time, that the redemption of fund units happened in cash for an amount of US$940 million. However, upon further investigation and verification, it became clear that this was a misunderstanding, which I then clarified to the Board and our shareholder, the Ministry of Finance.  This clarification is clearly recorded in subsequent Board minutes and can be verified.

On 13 January 2015, I confirmed via a press statement that the remaining amount of US$1.11 billion had been redeemed, in full. What was unfortunately not made clear, was that the redemptions happened partly in cash and partly through the sale of fund units, with cash payment being deferred. It is this important distinction which caused a misinterpretation of my statement, first during a Business Times interview on 9 February 2015 and subsequently by the Ministry of Finance, in a Parliamentary answer on 12 March 2015.

I have explained in detail the sequence of events to the National Audit Department and to 1MDB’s auditors, Deloitte, as part of their thorough and professional review of 1MDB’s past transactions. In addition, I have openly and publicly taken full responsibility in June 2015 for the misunderstanding on this matter – i.e. the buck stops with me.

In my capacity as President, I answer to the Board and the shareholder of 1MDB. My strong track record speaks for itself and my only professional agenda is to fix the challenges in 1MDB. There is no need for me to lie or cover-up what has happened in the past, as has been alleged by those who make sensationalist claims to drive their own political agenda. Accordingly, I look forward to being questioned in detail on this matter at the upcoming Public Accounts Committee hearings and for my answers to be a part of the public record, to conclusively put this matter to rest.