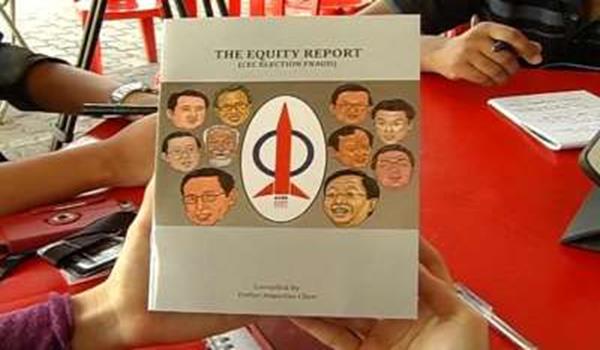 3 paged report to the ROS shows DAP triad like nature.

The Central Executive Committee election that was held last December is still not valid even though a year has passed. The recount that was made on January received a lot of criticism from their own members who suspected that there are manipulations when many of them did not receive a proper notice of meeting.

This particular controversy was the trigger for the re-election that was held last September.

However, the re-election was done in a controversial manner where more delegates were “missing” compared to the earlier election. At the same time DAP stubbornly refuse to entertain any complaints by their members or orders made by the ROS. The DAP still conduct their annual congress even though the CEC members were not yet legitimise.

DAP cannot run from the law or the wrath of their own members. Because of that, they do not want the party to send any reports to the ROS regarding the congress progression and also the CEC elections.

As expected, the report made by the DAP is as if useless and they are not serious in handling the matter.

It is ridiculous as this is a big problem but it is only reported in a three page letter. The truth is, if the names of the delegates who “disappear” or went missing must have been a few pages long.

Whatever it is, we are inclined to believe that the DAP is really dumb and can only act like a hooligan when faced with the authority.

If the DAP is not stupid, then all the problem concerning the CEC will not happen. Is it really begins with a “computer error”? Because they are only counting 2,000 votes.

Who can forget, during the presentation of the supermega project regarding the undersea tunnel that was said by their representative as a typo error?

How it is the drainage project to avoid flood was given out without the proper channel with open tender? And it is not mentioned in the meeting as they say that they took the wrong minute of meetings?

Isn’t this is the proof that the DAP is consist of stupid people?

If that is still not enough to show how stupid DAP is, then understand that only the dumbest Chief Minister will go overseas to promote their very own state while defaming the country. Who else if it is not Lim Guan Eng himself?

We do not know what the voters think when they elected that particular party in the last PRU. If they are still voting for the DAP in the next election, then we can only cross our fingers and hope for the best.

Maybe those who votes for the DAP continues their princip that they do not care whether their leader is stupid and violent as long as their representative is a Chinese, they will have no problem with that.