Are we that rotten after all?

(Sin Chew Daily) – I really wanted to do a poll how many people actually know about the country’s ranking in the 2015/16 global competitiveness report.

Yes, half the people know about this because it has been reported on the newspapers.

And if I were to further pose another question: Will you care about this? Not many would show the slightest hint of interest, I’ll bet.

Right, we are at 18th in the competitiveness report, and fourth in Asia after Singapore, Hong Kong and Taiwan. The ranking also puts Malaysia well ahead of South Korea and many developed countries.

You might ask: Are you kidding? Or could that be bought with money?


Well, politicians could indeed be bought, but not the global competitiveness report by Switzerland-based World Economic Forum (WEF)!

This report is not drawn up based on impression or personal liking. It is the result of painstaking researches by experts supported by scientific analyses and evaluations on a country’s performances and qualities in various aspects and parameters such as infrastructure, economic environment, government policies, healthcare facilities, education, manpower, innovation, etc.

The report may not be 100% accurate but should be good enough to serve as a respectable benchmark for multinationals and potential investors to gauge a country’s economic strength.

It is not easy for Malaysia to be ranked 18th among 140 countries scrutinized, and we are the only developing country that has made it to the top 20.

But then why such an important international recognition is hardly heeded by Malaysians?

It is unfortunate that the Malaysian society today has evolved into one that will; persistently pick the faults but rarely smells a rose.

Many people have grown to be incapable of appreciating the many hard-fought achievements of this country.

Take a look at the recent two rallies. While it is true that Malaysians are entitled to the freedom to protest, the same has nevertheless polarized our society further, reducing itself to a tool politicians would love to exploit.

People from opposing camps keep creating new conflicts and confrontations, harnessing any issue or incident at hand to launch aggressive assaults against their rivals.

To make things worse, even within the same camp we now see infightings and conflicts. Within the ruling coalition, there seems to be quite some time since Umno and MCA/Gerakan last agreed on something. And in the opposition pact, disputes started as soon as the last GE was over, culminating in its eventual break-up.

The media and ordinary people in the street are not any better. The media are inclined to extensively report negative news while the social media are more than happy to add more oil to the flame.

As for ordinary citizens, they have been shaped by the endless political farce into angry people who would curse at anything right or wrong.

After venting their frustration and coming to the realization this won’t get them any further, they begin to feel dejected, and the pessimism towards the country grows in proportion.

This has now come to a stage of self-destruction that we have forgotten how to seek treatment for our wounds but have instead dug deeper into them.

It has become a hugely popular deduction these days that this country has gone rotten beyond repair. But is this really the case?

There are still plenty of beautiful things about this country. For instance majority of Malaysians are still patriotic, peaceful and diligent, and our society is relatively stable, our economy solid. In addition, we are culturally liberal and our religions are respected by the Constitution and most of the country.


Unfortunately few see these positive sides as many have infinitely enlarged our weaknesses into a vicious cycle that spirals its way down the whirlpool of destruction.

Our competitiveness ranking tells us that there are still intrinsic strengths with our economy. Provided that we look at things a little more positively, and are ready to lay down all those meaningless hostilities and fights, there is always hope on the horizon.

If we don’t change our attitude, even these little achievements we now have may soon get washed out. 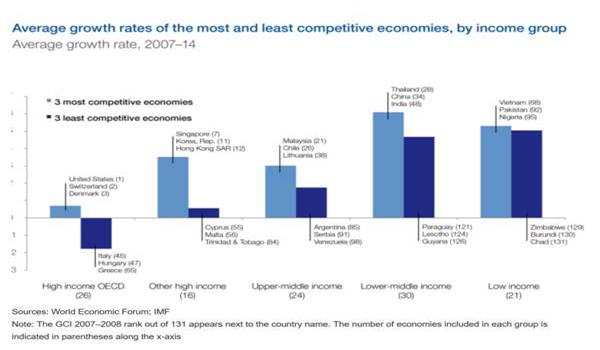