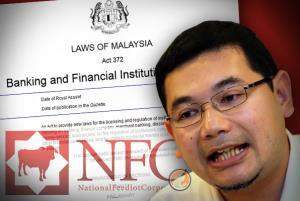 Not many people knew that the confidentiality is cornerstone or cardinal principle in the banking system. Reason is very simple — because the very relationship between the banker and customer is based on this principle.

Bank secrecy is a legal principle in some jurisdictions under which banks are not allowed to provide to authorities personal and account information about their customers unless certain conditions apply (for example, a criminal complaint has been filed).

In some cases, additional privacy is provided to beneficial owners through the use of numbered bank accounts or otherwise.

Bank secrecy is prevalent in certain countries such as Switzerland, Singapore and Luxembourg, as well as offshore banks and other tax havens under voluntary or statutory privacy provisions.

The father of the Bank Secrecy is the Swiss Banking Act of 1934, which led to the famous Swiss bank — where the principle of Bank secrecy is always considered one of the main aspects of private banking.

That’s why until today, there were debate on this bank secrecy until it has been widely accused by NGOs and governments of being one of the main instruments of underground economy and organized crime.

Despite this accusation, the secrecy remained while the authorities have to figure other way of getting information through some specific legislation.

In Malaysia, we follow the common law as well as British statute on banking confidentiality when we passed the Banking and Financial Institutions Act in 1989. Even that, some still complaint that our law not comprehensive enough to ensure effective legal enforcement.

Under the BAFIA, there are certain conditions or qualification before the client information can be released.

The act prevents banking officers at their whim and fancies to reveal your account anytime they like or they want regardless for whatever reason. This also applied to those who have left the banking sector.

You might argue that what Rafizi and his ex-banker counterpart did was for the exposure of the corruption cases involving NFC.

You might also argue that government need to protect him under the whistle blowing act.

However, let us be clear on this matter. In Rafizi case, it is not that straight forward as you and I could imagine.

It was alleged that information used was being passed by somebody who are previously in the banking sector (which is strictly guided by BAFIA) and started calling a press conference exposing publicly every detail of it.

He did not report the finding to the authorities first; instead used it publicly for publicity purposes, claiming the authorities did not investigate the matter or cover up.

The Whistle Blower Protection Act 2010 stated while it covers any member of public and private sectors who discloses wrongdoings, such disclosure should be made in “good faith” based on “honest and reasonable grounds at the material time” without necessitating hard evidence from the whistle blower.

It’s clearly stated the duty of gathering evidence will be tasked to the investigation unit of the enforcement agencies to ensure that the whistle blower is not compromised. However, whistle-blowers can provide evidence if it is legally available through the course of their works.

What Rafizi exposing is clearly not from the legally available because such document are protected under BAFIA and only certain people being authorised are allowed to access. Even that person is being allowed the access, he or she is still not allowed to exposed publicly as it only allowed to hand over such information at the request of the authorities who carried out the investigation work.

Apart from illegally obtaining the evidence, he also exposed publicly the evidence which actually can be presented in the court as evidence by the authorities.

You can’t just expose somebody’s account based on your assumption or whatever reason you think you are right before the authorities charged the person or persons.

Just imaging if this being allowed, anybody can get hold on you banking account information and started making all sorts of allegation publicly about the money you kept in the bank instead channels their suspicion with the authorities.

Rafizi is not the first case under the BAFIA. In fact, in the past there are few cases, even some involving some genuine mistake. However, law is still a law.

Few years back, there is a case where a man has successfully sued a leading bank in Malaysia for breach of confidentiality.

In April 1997, this man opened a current account, a savings account and a fixed deposit account under his and his son’s names and gave the bank a specific correspondence address.

On 17-3-2007, without the consent of the man, the bank sent the statements of account to another address. As a result of that, the plaintiff’s wife came to know about the said accounts and this created a problem between them.

The bank admitted that this man had never informed it of any change of address and never authorised it to use any address other than the one he specified.

The judge then ruled the bank has breached the confidentiality of these men’s account, allowing him to claim for general and special damages with interest of 8% per annum.

In fact recently, a bank officer was also been sacked by its employer after been found to has exposed the banking account number involving a VIP.

Nobody is above the law; it applies to everybody, whether it is Rafizi or the NFC directors.