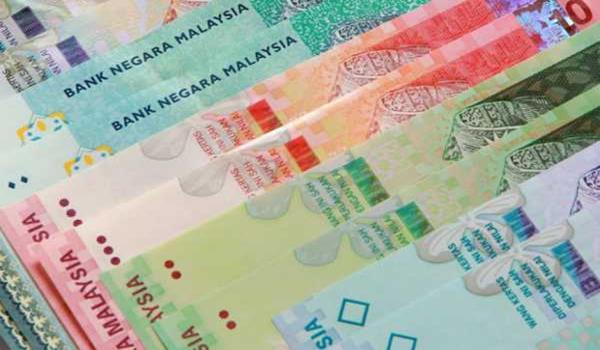 In 1998 when we pegged the currency at RM3.80, we also instituted currency controls which made it difficult for foreign capital to enter and exit Malaysia.

Essentially, we did not allow capital already in the country to leave Malaysia easily – trapping funds held by foreigners and Malaysians within our system and preventing them to go overseas.

Other countries who pegged their currencies such as Hong Kong or Brunei (which pegs it against the Singapore dollar), do not have such capital countries and defends their peg using their FOREX reserves.

At that time in 1998, Malaysia did not have strong FOREX reserves hence the traditional peg would not have worked as we would have gone bankrupt from defending that peg. Therefore, on top of the peg, Malaysia had to implement very strict capital controls too.


Back to present day, the Ringgit closed at RM4.17 to the USD yesterday – down from the low of RM4.28 reached on Wednesday. 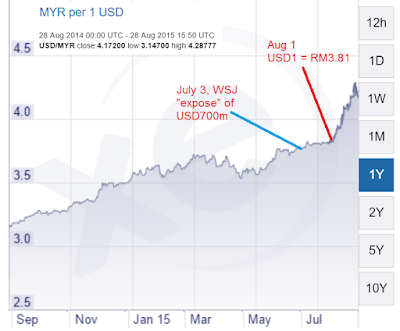 This sharp depreciation is really evident when you look at the graph. Our Ringgit really went into a free-fall past RM3.80, which was the previous peg.

Of course other factors such as the China devaluation which also caused oil and commodity prices to fall further was also a factor but our currency depreciation velocity past RM3.80 was very much sharper from other countries’ graph during the same period.

This led me to believe that one of the reason for this much sharper weakening was the RM3.80 peg of the past. In fact one economist said in 1998 that Malaysia will pay the price of capital controls and betraying investors confidence not during the 1998 period but the next time our currency is under great pressure. That time appears to be now.

I have read reports that many people – residents and non-residents – were afraid that after passing the previous peg level of RM3.80, Malaysia would implement the peg and capital controls again.

Hence it is possible that past the RM3.80 level, many investors have accelerated the pace of taking out money from Malaysia as they were afraid that their money would be stuck and unable to go out if Malaysia imposes capital controls again.This fear may be the reason why the depreciation started to accelerate much more than other countries during the same period once we went past RM3.80. 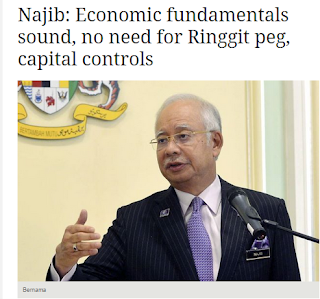 
The two graphs above was lifted from the economist blogger HishamHs blog post. He has a good write-up here on why Malaysia should not peg our currency. His article came to two conclusions:

The last six years of Tun Mahathir’s government were essentially spent on trying to get back Malaysia to where it was before. Essentially, the Malaysian economy was stagnant for 6 years then.
Total Malaysia GDP
1997 – USD 100.2 billion
2003 – USD 110.2 billion
After currency controls and the peg were lifted, under Pak Lah’s govt, there was a noticeable jump in growth – despite the 2008 Global Recession.


Growing from a small and not industrialized base is easy. But escaping the middle-income trap and growing from an already sizeable industrial base to a knowledge economy is much harder.

Many countries fail to escape this middle income trap – hence the need for different policies and strategies which the Economic Transformation Plan has outlined. We cannot keep using the old policies of the past as the environment and the challenges have changed too.

So far, based on the evidence of the past 6 years growth and the sustained private investment growth, the strategies seem to be working – but there will be some pain as we restructure and transform our economy.

The choice is if we want to continue to be trapped in our comfort zone as a middle income country or do we bite the bullet and endure some pain now in order to escape the middle-income trap and transition to the next phase.