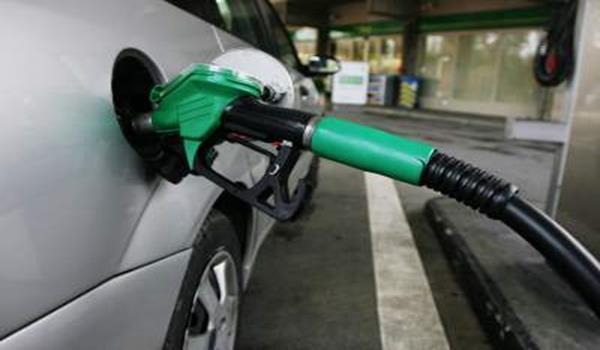 It’s All About Perception The announcement of the increase of RM 0.20 per liter for R0N95 and diesel infuriated many citizens who are already facing rising costs of living. The announcement that there will be no changes for R0N97 brought little respite. However, many have chosen to look at the announcement from distorted and warped lens. Indeed, the seriousness of the situation is a matter of perception.

With such a scenario that affects everyone, some political leaders have chosen to politicize the issue instead of providing a true and accurate picture of what is truly happening, not just in our country, but also in the world. Our government is sincere in its Endeavour to prioritize the citizens’ welfare but unscrupulous leaders are joining the cause with populist views for political mileage.

Hence, before you start pointing fingers and blaming the government, get your facts right. Dispel myths and remember facts that matter – not the spins that half-past six Opposition leaders spin to confound you for the sole purpose of stirring your hatred for the status quo!

Myth: The price increase is due to BN corruption and/or the payback of voting BN into power.

Myth: The price increase will cause inflation.


Fact: The country’s inflation rate is under control and there are fiscal and monetary policies to control inflation and its effects on the economy.

Fact: The increase of petroleum price is due to the ongoing Syrian Conflict. Twelve years ago oil price were mere US$15 compare to – current scenario where it could reach US$150 per barrel.

Fact: The Libyan crisis in April 2011 caused a spike in world oil prices that caused a sharp rise in the prices at the pumps.

Fact: Malaysia is officially not an oil exporting country. About 90% of our oil is used for own consumption.

Fact: The reduction of the subsidy, which led to the price increase to RM 2.10, will discourage smugglers from Thailand & Indonesia who have been making profit directly from us.

Fact: The Government Petrol subsidies are meant for the poor and low-income group.

Fact: The government has allocated a total of RM24.8 billion this year on fuel subsidies. The PM has said the country would save RM1.1 billion with the increase of 20 sen in the price of RON 95 and diesel. In a full year, the government will save RM3.3 billion while still subsidizing 63 sen per liter for RON95 and 80 sen per liter for diesel. The increase of RM 0.20 will save the Government around RM 3.4Billion.

Fact: Putrajaya has concerns over revenue and faces the likelihood of the country being punished by ratings agencies and foreign investors if no attempt is made to tackle structural problems, such as the high rate of subsidies. Therefore, this reduction in subsidy is a move in the right direction.


Fact: The government’s stated target is to reduce our fiscal deficit to 3% by 2015. Hence, the increase in the price of fuel was not a political issue but rather about Malaysia’s economic status and survival. It is better to tackle economic issues in the country and take steps via fiscal consolidation to increase market confidence once fiscal deficit is reduced.

Fact: To alleviate the burden of rising costs, there will be an increase in BRIM next year to be announced in the Budget. BRIM 2.0 cost RM 2.9 Billion early this year.

Fact: Our government is very considerate in cutting back on subsidies slowly. Indonesia had increased petrol price up to 33% in one go 3 months back.

Fact: If the government does not take this move, the other alternative would be increasing taxes.

Fact: Each one of us must be environment conscious and take steps to reduce petrol consumption and ensure a better quality of life via a reduction in pollution caused by car emissions. Explore alternatives such as car-pooling, taking public transportation, or walk/cycle.

While grumbling about the 20-sen increase in the price of a liter of RON95, many have forgotten that the pump price has doubled in 15 years but world oil prices have gone up 10 times in the same period.


Fact: The main beneficiaries of subsidized diesel are owners of Vietnamese and Thai fishing vessels, and the Malaysian fishermen who sell their subsidized allocation to them. Reducing the subsidy is a very vital move to arrest the leakages from our circular flow of income.

Fact: Petronas profits are down and the national oil company has been warning Putrajaya that it cannot continue subsidizing gas for industrial use.

The move for the reduction in subsidies shows our PM is a realist and ready to forego populist moves for the well-being of the nation.

In sharp contrast, Opposition leaders such as Liew Chin Tong are politicizing the issue by making bizarre allegations that there may be a deadly cost to raising pump prices for RON95 petrol and diesel without serious effort to upgrade the country’s public transport system – a case of comparing apples and oranges.

It is all up to us to adopt the correct perspective of the situation with the right facts and not fall prey to senseless propaganda. As it stands, the PM and his team are on the right track!