Malaysia 12th Most Competitive: Proof That Malaysia Is Not Bankrupt 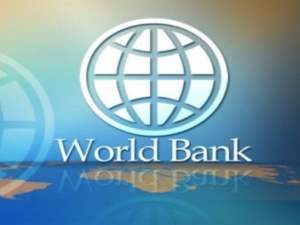 The World Bank Report for 2013 Edition which puts Malaysia in 12th for the most competitive in terms of business completely rejected opposition’s claim which says that this country is going bankrupt.

This result is actually an improvement from 2011 where this country was ranked at 18th. In 2010, Malaysia was at 23rd.

The World Bank Report was made based on research ran on 184 economies with various criteria such as facilities to start businesses, licensing, the efficiency in tax administration and the facilities to carry out cross-border trade.

Malaysia was found to have improved its competitive position through five elements of business, Electricity Facility (from 59th to 28th), Property Registration (from 59th to 33rd), Tax Payment (from 41st to 15th), Cross-Trade (from 29th to 11th) and Construction Permit Management (from 113th to 96th).

It seems that all of opposition’s effort to tell Malaysians and the world that this country is being hit with various economic issues and suffers the risk of bankruptcy based on the recent Audit Report has fail.

With this World Bank Report, the confidence among investors towards Malaysia would definitely increase and this would help this country to achieve its target to reduce the amount of deficit to 4.0 percent from KDNK compared to 4.5 percent this year.

Business owners are also expected to provide full support to the government for the coming GE based on such positive result on the report.

Meanwhile, the opposition coalition is seen to be hitting a dead end especially when their budget was criticized as it was not done based on reality and they kept on making irrelevant promises. Things get worse for them as Audit Report which was presented clearly showed weaknesses in states which they are ruling where it came to the point where rakyat is demanding for the states to be investigated by MACC.

As BN manages to prove its performance through execellent service, the opposition had no other choice but to kept on playing with small issues such as AES cameras and cigarette tax which both provide good impact to rakyat. They tried to tell rakyat that the government is desperate for money and that is why they are taking a lot of rakyat’s money.

Rakyat are getting more and more convinced with the government and the opposition is beginning to lose points for their campaign.