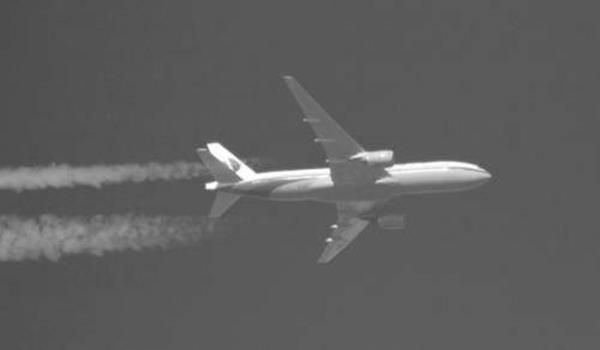 At 01:38 hours Malaysian Time1 (MYT) on 8 March 2014 (Saturday), a Boeing 777- 2H6ER, registration 9M-MRO,and call-sign MH 370 with 227 passengers and 12 crew on board, was reported missing after passing waypoint IGARI2 while en-route from Kuala Lumpur, Malaysia to Beijing, China.

The Department of Civil Aviation (DCA) Malaysia was informed that flight MH370 was missing and an investigation was launched.

In accordance with International Civil Aviation Organisation (ICAO) Annex 13 Aircraft Accident and Incident Investigation, and Malaysian Civil Aviation Regulation 1996 Part XII Investigation of Accidents and with established international arrangements, the National Transportation Safety Board (NTSB) of the USA, representing the State of Design and Manufacture of the aircraft, has appointed an Accredited Representative to participate fully in the investigation. The Air Accidents Investigation Branch (AAIB) of the United Kingdom, representing the State of Design and Manufacture for the engines, has also appointed an Accredited Representative.


The NTSB Accredited Representative is supported by a team of technical advisers from the US Federal Aviation Administration (FAA) and Boeing.

The AAIB Accredited Representative is supported by technical advisers from Rolls-Royce and Inmarsat the operator of a Satellite which was in communication contact with the aircraft during the flight.

The Australian and Chinese Governments have also appointed Accredited Representatives in accordance with ICAO Annex 13, Para 5.23. Malaysian Airlines (MAS) the operator, is cooperating with the investigation and providing expertise as required and the DCA Malaysia are being kept informed of developments.

History of the flight


At 01:38 MYT HCMATCC made a query to KLATCC on the whereabouts of MH 370. Thereafter KLATCC initiated efforts involving MAS OPS Center, Singapore ACC, Hong Kong ACC and Phnom Penh ACC to establish the location of MH 370. No
contact had been established by any ATC units and thus the Rescue Coordination Centre (RCC) was activated at 05:30 MYT.

It was later established that the transmissions from the Aircraft Communication and Reporting System (ACARS) through satellite communication system occurred at regular intervals starting before MH 370 departed Kuala Lumpur, Malaysia at time 12:56:08 MYT and with the last communication occurred at 01:07:49 MYT.

Kuala Lumpur Rescue Coordination Centre (KL RCC) was activated at 05:30 LT after all effort to communicate and locate the aircraft failed. Search and Rescue (SAR) operations were conducted in the South China Sea where the aircraft position was last known.

A playback of a recording from military primary radar revealed that an aircraft with a possibility of MH 370 had made an air-turn back onto a Westerly heading crossing Peninsular Malaysia. The search area was then extended to the Straits of Malacca.

After ACARS stopped transmitting the satellite communication system automatically transmitted seven messages that confirmed that the system was still logged onto the network. The last message was received by the satellite ground station at 08:19 MYT. With the primary radar data, analysis of the satellite data and aircraft performance data, the Investigation established that flight MH 370 flew along either a Northern or Southern Corridor. The last transmission occurred when the aircraft was on an arc of 40 degrees from the satellite. Based on this new development the search area was moved from the South China Sea and the Straits of Malacca to the Northern and Southern Corridors.

On 24 March 2014 further analysis of the Inmarsat satellite data, using the changes in the satellites communication signal frequency (signal using the Doppler Effect), indicated that MH 370 flew the southern corridor and ended its flight in the southern part of the Indian Ocean. The investigation continues to analyse the atellite data and aircraft performance in order to further refine the area where the flight ended.

To date, a total of 26 countries have participated in the search for MH 370 comprising of 82 aircraft and 84 vessels.

While commercial air transport aircraft spend considerable amounts of time operating over remote areas, there is currently no requirement for real time tracking of these aircraft. There have now been two occasions during the last five years when large commercial air transport aircraft have gone missing and their last position
was not accurately known. This uncertainty resulted in significant difficulty in locating the aircraft in a timely manner. Therefore, the Malaysian Air Accident

Investigation Bureau makes the following safety recommendation to ICAO: It is recommended that the International Civil Aviation Organisation examine the safety benefits of introducing a standard for real time tracking of
commercial air transport aircraft.

Note
The information contained in this preliminary report is correct at the time of issue and is intended to inform the aviation industry and the public of the general circumstances of the event. Readers are cautioned that there is the possibility that new information may become available that alters this Preliminary Report. This report has been written in accordance with the ICAO Doc 9756 AN/965 Manual of Aircraft Accident and Incident Investigation – Part IV Reporting.