Just mere hours ago, Microsoft has announced a set of new Windows 8 tablets at a specially held event over in Los Angeles. Dubbed as the Microsoft Surface, the new 10.6-inch tablets will be made available in two versions: one for Windows RT with the ARM-based NVIDIA Tegra processor and another one for Windows 8 Pro that will be powered by an Intel third generation Core processor.

The new tablets come with a magnesium-based casing that is created using a process that is called VaporMg (pronounced as Vapor-Mag) which also includes a built-in kickstand. Here are a brief look at their technical specifications:

In addition to these new tablets, Microsoft has also unveiled couple of accessories to go with them such as the 3mm-thin Touch Cover which is essentially a tablet cover with integrated pressure-sensitive keyboard and touchpad. There is also another 5mm-thin cover that is called the Type Cover which features a full tactile keyboard and touchpad with clickable buttons. Surface for Windows 8 Pro receives something extra though in the form of digital pen input.

It is hard not to assume that Microsoft’s decision to come out with their own Windows 8 tablet might put a lot of their OEM partners on alert – to say the least – but nevertheless, we are curious on how Microsoft Surface will fare in the market. Let’s hope we will be able to see them here in Malaysia very soon. 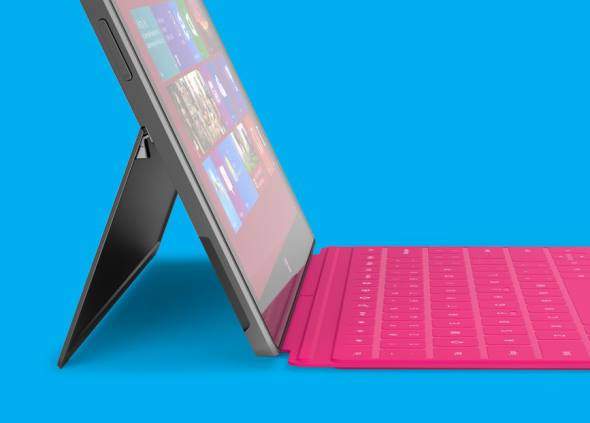