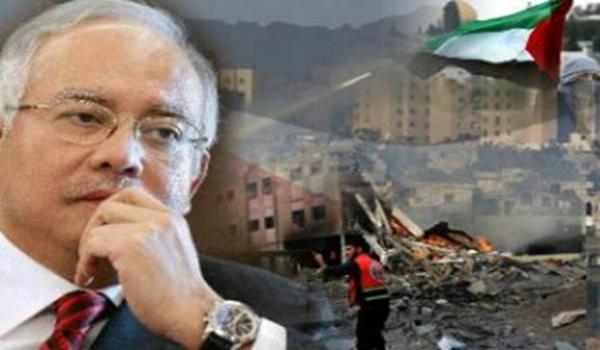 “Both countries agreed to ask international power brokers to influence Israel to stop its military aggression towards the Palestinian people,” said the statement issued after the 15-minute call.

“They also urged Hamas to refrain from action that will escalate the conflict into a bigger confrontation,” it added.

Najib also said Malaysia was “deeply concerned” over the crisis and was ready to help “in any way possible”.

“The events once more underline the need for a Middle East peace process, and we call on international power brokers to step in to help ensure enduring peace in the region,” he said in the statement.

Najib will also use a summit of Southeast Asian leaders next week in Phnom Penh to call for international support of the Palestinians’ bid to become an observer state in the United Nations, the New Straits Times reported.

US President Barack Obama is also attending the meeting. An aide to Najib confirmed that the prime minister would discuss the issue at the summit.

Malaysia has long been a staunch supporter of the Palestinians’ aspirations of statehood.

On Friday, more than 100 people demonstrated outside the US embassy in the capital Kuala Lumpur against the “incessant Israeli attack” on Gaza, urging the US to stop “one-sided support for Israel and be an honest broker”.

Palestinian militants fired rockets at both Jerusalem and Tel Aviv on Friday, aiming for Israel’s political and commercial hearts and prompting the call-up of thousands more reservists in readiness for a potential ground war.

Dozens of people have died in two days of violence.