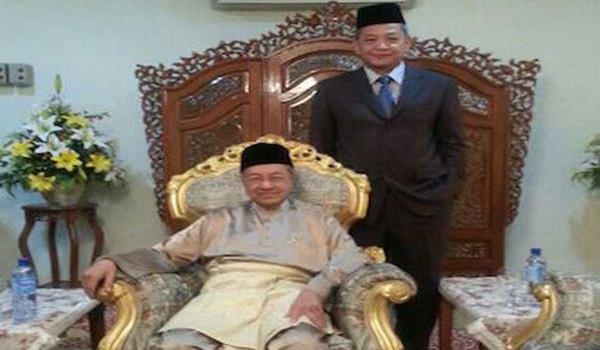 The ex-number two of the Special Branch, Abdul Hamid Bador, has asked the ex-Attorney General, Gani Patail, to come out and sing like a canary. In the same breath Hamid has suggested that Gani is involved in some sort of scandal but then that should not stop the latter from singing his heart out. After all, said Hamid, Gani’s scandal is not as serious as allowing RM42 billion to disappear into thin air, as how Tun Dr Mahathir Mohamad would describe it.

It is quite interesting that the second highest man in the Special Branch is acting like Tony Pua and Rafizi Ramli considering their age difference. I mean greenhorn and wet-behind-the-ears politicians can be forgiven for having what the Malays would call ‘mulut laser’ or verbal diarrhoea. But for a seasoned and mature person like Hamid this definitely comes as a surprise.

In the past not many people other than those in the ‘industry’ would know who the top guns of the Special Branch are. They are usually what in the UK we would call spooks (meaning ghosts). Ghosts are normally never seen although you may suspect that they exist and are there hiding somewhere in the shadows. But now Malaysian spooks seem to be no longer ghosts but flesh and blood and very visible and loud.

History has proven that civil servants, police officers, military personnel, etc., (especially those who have just retired or are about to retire) who suddenly start acting like Lim Kit Siang are ‘lobbying’ for a seat in the general election.

Can we assume that Hamid is about to join PAN (or maybe even DAP) and will be contesting the next general election? I am sure with the way he is ‘scoring points’ Hamid could win whatever seat he contests hands down. Sigh…everyone wants to become a Yang Berhormat. We might need to create more seats. The current 800 or so parliament/state seats are just not enough with so many aspirants ‘fighting hard’ to make their mark in politics.

Anyway, according to Hamid, Gani is plagued with scandals and that is why he is keeping mum and refuses to talk about 1MDB. I am sure the Special Branch would know since it is their job to keep tabs on scandals involving VIPs.