People Have More Faith In The Social Media, Say Experts 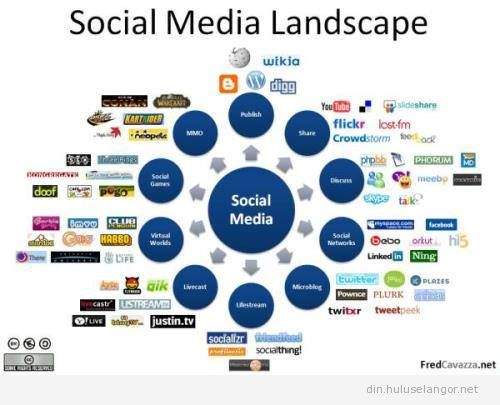 Online social media outlets such as Facebook, Twitter, Instagram and WeChat seem to be the favourite choice nowadays for the people around the world in seeking information.

This development has indirectly relegated the role of the traditional media, said expert.

The managing director of nine9nine United States (US) Scott Eddy said the present trend indicated clearly that the public, especially the younger generation, have more faith on social media than traditional media.

“Nowadays, Twitter is the people’s choice in social media. Why? Because people don’t trust newspaper, magazine, TV which they perceive being controlled by powerful people,” he said in his remarks at Malaysia Social Media Week 2014 attended by 250 people from all over the world, recently.

He provided the US Presidential Election as a good example, saying that the social media served as the best medium for politicians to share their thought and ideas with the people.

“For example Twitter. It gives a big impact actually. Why Twitter is popular during crisis or election? It is because the Twitter is much more faster compared with SMS. It will go viral so fast making the social media so powerful,” he added.

PLATFORM FOR PEOPLE TO VOICE OUT

Sharing the same thought, India based Digital Vidya’s Chief Executive Officer (CEO) Pradeep Chopra said social media was the best platform for people to voice out their dissatisfaction about anything.

Taking India as an example, he said the disappointment on corruption and inflation in the country caused public criticism on the social media and eventually led to the establishment of the centre-left party, Aam Aadmi (AAP), two years ago.

AAP, he said, was the result of the huge wave of public support to the party in favour of a strong anti-corruption stand, thanks to the party’s digital efforts of the society.

Pradeep said to date Facebook s active user base in India is around 90 million, making it the second biggest market in terms of active users after the US.

“I have experienced this when having a teh tarik with my friends who are younger or older than me. I just ask them what made them follow a particular development? The answer is trend. They said as lots of people believed in social media, they too should do the same,” he said.

Pointing out that social media played a bigger role and had been widely accepted rather than the print media during the 13th General Election, Wong said certain political party had capitalised on the social media and the impact was obvious.

“On the question whether social media can confuse the people, the answer is yes. A lot of information is being shared in social media and only after everything is over people realise the information was wrong,” he said.


On the upcoming Kajang by-election on March 23, Wong anticipated a lot of excitement in the social media especially Facebook and Twitter and expected the campaign to be a nasty affair.

The by-election was called off following the resignation of PKR’s Lee Chin Cheh on Jan 27 to make way for the opposition leader Datuk Seri Anwar Ibrahim to contest.

He added, Malaysia is currently ranked 26 from 188 countries having active social media user base and ranks within the top 10 in terms of Facebook active user base.

Wong, who is also the Senior Group Director of My Events International Sdn Bhd, said all Internet users including social media have to exercise self restraint and respect others in cyberspace.