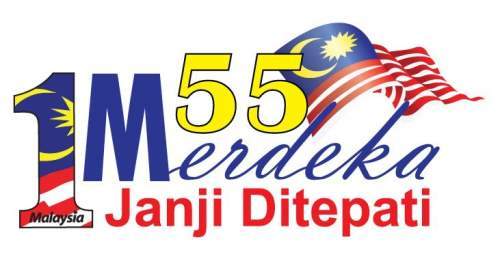 The phobia of Pakatan Rakyat (PR) on the slogan of ‘Janji DiTepati’ (Promise Fulfilled) seems to be getting more and more chronic. PR seems to be trying too hard to ensure that the slogan would not remain as the theme for Independence Day. Their excuse is that it would not provide the best picture regarding the spirit of Independence.

For that, PAS Secretary General, Datuk Mustafa Ali provided seven days to the government to change the theme to something that is more inclusive or PR would suggest other themes. Well, it seems lucky that he did not threaten to organize demonstration and cause trouble to the public.

Mustafa Ali also admitted that ‘when people sees the theme ‘Janji Ditepati’, it would remind them of BN’.

Thus, we cannot help but to ask, perhaps he is trying to suggest that the theme should be changed to ‘Janji Bukan Untuk diTepati’ (Promise Should Not Be Fulfilled) so that rakyat would know that it is PR?

Besides, what do PAS know about Independence? They are working alongside DAP, siblings to PAP, who wishes to ‘invade’ Malaysia. Don’t PAS work with PKR who works alongside Zionists and accepts funds from them?

All of those shows that PAS do not know anything about the spirit of Independence, but all of the sudden, they seemed to be raged with the ‘Janji DiTepati’ theme.

Prior to this, a TV station did run a survey regarding the theme of Independence Day among youth, and the result show that most of them are not aware about it. It is claer that the theme is a small matter that do not even attract any attention. But it was turned to a big thing only because of PAS.

And somehow, PAS bringing this matter up is somewhat showing that PR do not really fulfil their promise.

So it is clear that the theme ‘Janji DiTepati’ is inclusive and it does describe the Malaysia today which is still an Independent country and is still in harmony, peace and well developed thanks to the commitment given by the government to rakyat in fulfilling their promises.

Perhaps this is too much for Mustafa Ali to accept, but this is a fact and an honest man would never have any problem to accept this fact.