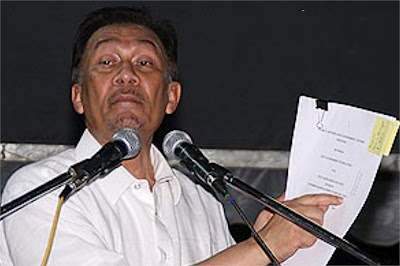 Parti Keadilan Rakyat (PKR) is in a fixed – lack of quality and calibred candidates that fit Anwar Ibrahim’s bill – to some 100 parliamentary seats.

At the same time, the party has to ‘accommodate’ the demand by DAP as majority Chinese seats are considered as DAP’s asset compared to PKR’s ‘touch and go’.

PKR needs to win with big numbers given that Anwar is to be Prime Minister if the opposition pact wins and if PKR has lesser numbers than DAP and PAS, Anwar’s dream may fade.

Anwar needs to have a strong base from his own party – the numbers – that will give him more credibility to sit at Putrajaya, not just based on sympathy and support from leaders of other parties in the pact.

And convincing numbers would also neutralise PAS’ claim on the seat, even though DAP has pledged to have him as Prime Minister if the opposition pact wins the election.

Anwar has to console and convince PAS that PKR has the number to put him at Putrajaya because PAS secretary-general Mustapa Ali had said last year to wait for the election first before making a decision who should be Prime Minister.

PAS Youth and delegates had made their stand that they would want party president Abdul Hadi Awang to be Prime Minister.

Given the volatile situation on his Prime Ministership, Anwar has to prove his worth and in this case, PKR needs to have the numbers and this is not easy when there are not enough ‘credible’ candidates to field.

The party has not decided on how many seats it would contest but it is near 100, with PAS contesting 76 of the total 222 parliamentary seats and DAP 50.

To fill some 100 parliamentary seats with ‘quality and calibre’ candidate is something PKR cannot do as the party is no longer seen as ‘attractive’ compared to DAP and PAS to many now.

At state level, the pact are still struggling which party contests where each tries to get the ‘sure win’ seats such as race majority that determines the tilt – Chinese majority will go to DAP, Malay majority go to PAS and PKR is left with mixed racial breakdown which are generally those who are contented with ruling BN.

This is exactly what PKR secretary-general Saifuddin Nasution Ismail said candidates with the best chance to defeat BN will be given priority to contest seats disputed by the pact.

According to PKR secretary-general Saifuddin Nasution Ismail, this was one of the three principles that the pact was using in negotiating seats to be contested by each party.

Seats won by a party in 2008 election would be defended by the same party, and a party also has the option to re-contest the seats it lost but these seats can still be negotiated by other parties.

With such understanding among the parties in the opposition pact, it is clear that the ‘best meat’ go to DAP and PAS while PKR is left with whatever seats not wanted.

Even with these ‘left-overs’ PKR finds it difficult to field the right or winnable candidate as the party has not many left now leaving the staunched who do not stand out as one who can serve rather than being vocal on issues that do not affect much the people in the constituencies.

Now the party sees its weakness although the leaders will not admit it, claiming the party has abundance of members who lobby to become candidates but the reality is ‘quality and calibred’ candidates are rare and hard to find.

Quality candidates seem to have faded from the party as fast as the fading of political tsunami wind.