PRIME MINISTER’S PRESS SECRETARY STATEMENT: FORMER DPM’S ALLEGATIONS
‎‎
1. Maybe these latest allegations from Tan Sri Muhyiddin Yassin are an attempt to distract from the Nika Gee statutory declaration. He is a man who built his political career on a platform of religious piety. So how can he be a credible President of Tun Mahathir Mohamad’s new party, when it’s a matter of court record that he was for years committing infidelity with another man’s wife?‎
‎
2. Tan Sri Muhyiddin’s credibility and moral fibre have been destroyed. It’s clear that he preaches one thing for political expediency, but in private does another. Just as he falsely attacks the Prime Minister for corruption, when insiders all know his true history as Chief Minister of Johor.
‎
3. The truth is that the funds in the Prime Minister’s accounts have been comprehensively investigated, and multiple authorities have ruled that no law was broken. The Malaysian Anti-Corruption Commission even went to Saudi Arabia and examined all the legal documents and interviewed the donor’s representatives. ‎The Foreign Minister of Saudi Arabia has also confirmed that the funds in the Prime Minister’s accounts were a donation from the Royal Family of Saudi Arabia. ‎
‎
4. Tan Sri Muhyiddin is a disappointed man after being used as Tun Mahathir’s puppet; bitter that he will never become Prime Minister as promised, because their attempt to unseat a democratically-elected leader failed; and angry that having lived by the sword he’s now dying by it.

5. Tan Sri Muhyiddin’s disloyalty, and miscalculations driven by naked ambition, have led to ‎his career ending in ignominy.‎ H‎e is now desperate – w‎hy should anyone believe anything he says?‎
‎
‎DATUK SERI TENGKU SARIFFUDDIN
PRESS SECRETARY TO THE PRIME MINISTER‎ 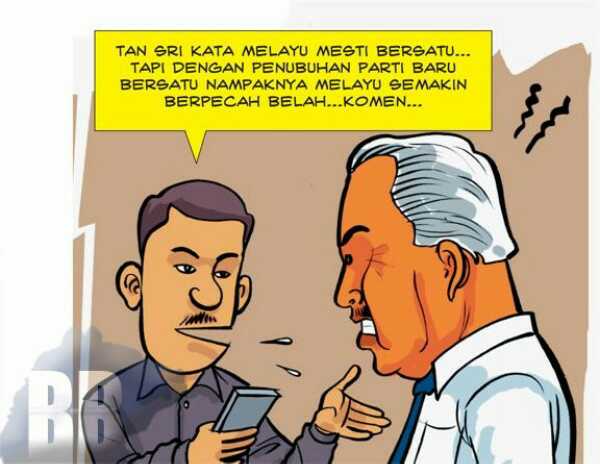