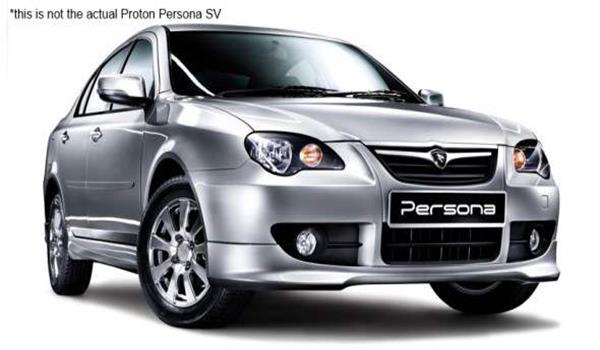 Proton Persona SV Variant To Be Launched This Saturday

Back in June this year, Proton have launched a new variant for Saga called the SV which stands for Super Value. The SV name then pops up into the discussion once again last month when rumours have pointed out that the automotive company will also be releasing a SV version for another Proton model, the Persona.

Thanks to a media invite we have received from the company moments ago, we are now able to confirmed to you that the Proton Persona SV is indeed a real deal and it will be launched this coming Saturday at the upcoming Proton Bola Bola Bola Mega Test Drive Carnival in Shah Alam. Of course, more information about the car such as specifications and pricing will only be officially announced at the launch.

The initial rumour did mentioned that the Proton Persona SV will be priced at under RM 45000 (current price starts from around RM 47600), so let’s see whether the information will hold up or else.