Rosmah’s Black Magic, Another One Of Pakatan Rakyat’s Accusations 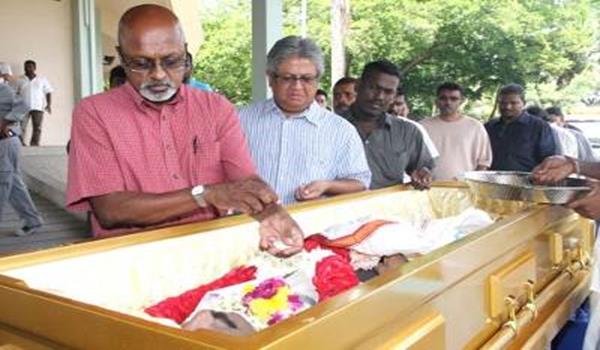 We can no longer deny that website Suara Pakatan Rakyat is the only pro-Pakatan Rakyat website which really speaks up for leaders and supporters of PR. For example, its front page today, the website mentioned openly about most opinions from PR supporters, ‘Even If Anwar Is Gay, So What?’

Even though we cannot accept the rational of the website on the matters of gay, but we should respect it for its honesty in expressing PR’s true stand. Even when Anwar himself is not brave enough to mention about it.

However, this does not mean that the website is not biased in writing about current issues. Just like all leaders and supporters of PR, the website would always blame everything on Barisan Nasional, UMNO, its leaders and their families.

This include the life and death of people, anything which could be used as their political asset.

They do not care if the ones who died were regular citizens such as Amiruddin who died after speeding his car trying to runaway from the police, their own members such as Teoh Beng Hock who was the key to exposing corruption issues surrounding PR leaders, national heroes who died in Lahad Datu, and the latest, Balasubramaniam a former police officer and private investigator who was directly involved in Altantuya’s murder case, everything was blamed on UMNO.

According to SuaraPR, the report on Bala’s death which was said to have been caused by heart attack should be questioned because it happened not long after Bala arrived in Malaysia.

The website argued that Bala has been living outside of Malaysia for years and nothing happened to him, only when he arrived in Malaysia, he suffered heart attack? Twice!

The website even claimed that Bala’s death was caused by Datin Seri Rosmah Mansor’s witchery.

We need to remember that previously, PR accused by saying that Bala fled the country and he was sponsored by Datin Seri Rosmah. However, Bala’s constant accusation made against Datin Seri Rosmah proves that the story made by PR is not true.

The interesting thing is, a few days before Bala’s death, PR leaders, including Chegubard, mentioned that Bala was cursed, as soon as Bala suffered the first heart attack.

This ridiculous claim was linked with a book known as ‘Black Rose’, written by Deepak Jaikishan who mentioned about Datin Seri Rosmah’s dark practice. If it is true that Datin Seri Rosmah could curse anyone until they are dead, obviously Deepak would have died long before Bala did!

This is a clear evidence to show PR’s confusion and belief towards power other than Allah SWT when it comes to life and death, even if it is fated. Because of that, even after years of performing solat hajat so that they could see the truth, they still refuse to accept the truth which can be seen in court as well as video recording’s of Anwar’s misconduct.

Unable to accept the truth about Anwar, they even prayed so that UMNO and BN would be crushed to make it easier for them to head to Putrajaya.

It seems, for PR, anything that happens today is not from Allah SWT, instead, they are in BN’s power, including life and death.

They have became blind, so blind that they could not see how bad Kelantan is in terms of economy, social and moral. They could not even see how comfortable other states are.

In their eyes, Kelantan is still the best because Nik Aziz has ensure that every women in the state cover their aurat, even at the same time, the state is on top when it comes to social issues, and even when acres of Malay lands are taken by DAP and after 20 years of not being able to settle water supply issue.

Instead of solving those issues, all they do is blame everything on BN.

Clearly, PR has put aside all teachings from the Quran for their political interest.

Thus, in matters of claiming that Datin Seri Rosmah practices dark magic, the opposition not just throwing accusation, they are also syirik for instigating and breaking the society.

Do know that the whole three are big sins in Islam, even bigger than the aurat issues which is one of PR’s, especially PAS’, proudest achievement in Kelantan.