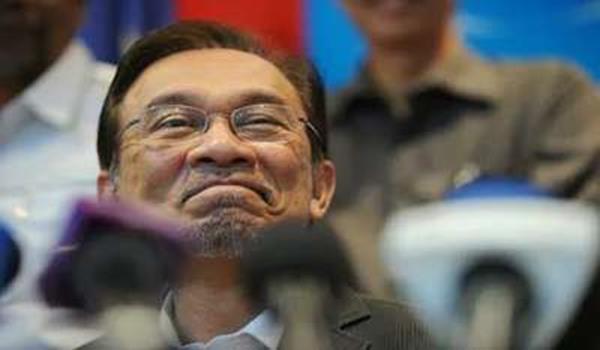 Sunday is one day away and Kajang state seat electorate will cast their votes after more than a month their minds were ‘hammered and punched’ by candidates and campaigners of both sides of the political divide who were the best.

Never mind about the late nights and day time hassle where their privacies were encrouched, tresspassed and plundered as those were done under the word democracy.

The forced by-election which was just to make way for one man Datuk Seri Anwar Ibrahim to helm Selangor just because present Mentri Besar Tan Sri Khalid Ibrahim, who is his party member – Parti Keadilan Rakyat (PKR) – is considered as not good enough to defend the state from the purported Selanmgor Umno onslaught.

And midway, just a few days before nomination, Anwar was found guilty of sodomy and sentenced to five years jail, he conveniently got his wife, who is the party president who was about to retire from politics, to replace him as candidate.

Thus began another journey of rough and stormy weather for Wan Azizah, a woman who has tolerated and compromise everything she has for her husband, since 1998 when Anwar was expelled from the Cabinet.

Wan Azizah has been walking the streets and and kampungs of Kajang state constituency the past 10 days, officially of course, accompanied by Anwar, meeting people of all races and ages, trying heart to win their hearts and minds.

Sometimes accompanied by her daughter Nurul Izzah, Wan Azizah spoke on injustice done to her husband by the Barisan Nasional (BN) government and alleged intervention in the judiciary.

The Kajang Move as it is termed by Anwar may backfire – not losing the seat – but will not result the way he wanted it.


Barring any last minute push on Saturday night where the party plans to do a big bang at Kajang stadium – a show of focre or support that is supposedly to convince the eelctorate that Anwar’s move received full support – Wan Azizah may just win with a reduced in majority.

Wan Azizah’s campaign trail has been vigorous but lack support from its partner PAS, the vital Islamic party that commands support from half the Malay electorate in Kajang.

Majority of PAS members did not agree with the Kajang Move and stayed away from giving full support in the campaign.

With Malay votes reduced, the only hope to retain the same number of majority is the Chinese votes to stay but words have it BN Datuk Paduka Chew Mei Fun is able to penetrate the Chinese electorate minds, although not much.

Despite her not so vigorous campaign compared to Wan Azizah, Chew seems to ‘touch the right cord’ in the Chinese minds and heart – a person who is able to speak their minds if she goes to the state assembly.

Devoid of the real ‘reading’ on the inclination of the voters mind on Sunday when they cast their votes, the Kajang Move is doom a failure and a ‘slap on Anwar’s Kajang Move’ if Wan Azizah polled lesser majority despite retaining the seat.

For BN, a reduce in majority is enough to spur and push up the ruling coalition’s spirit under the present ‘unfriendly’ political situation.