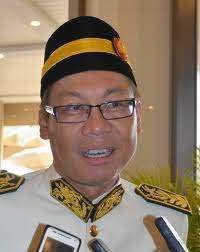 KUCHING: Barisan Nasional cyber troopers here have been urged to be more transparent and responsible when countering allegations and issues raised by the public and opposition.

State Barisan Nasional Backbenchers Club (BNBBC) chairman Abdullah Saidol yesterday said they should be opened to constructive criticisms and be receptive of all public predicaments and issues before countering with the government’s side of the story.

“BN cyber troopers must tell it as it is. Be truthful in presenting your facts. We do not want to create a perception that the government does not have any weaknesses … that BN is perfect,” Abdullah, who is Semop assemblyman, told reporters after chairing a talk on cyber laws at the Sarawak Foundation auditorium here.

“We must be bold to accept criticisms in whatever situations. Accept constructive inputs from all quarters, including the opposition.”

He pointed out that if the inputs and ideas were workable then there was nothing wrong in adopting it. Abdullah said the key point to keep in mind is not to let criticisms disunite the people.

“What’s the point of having world-class highways or the tallest building in the world if the people were not united? Racial and religious solidarity must remain our top priority.”

Abdullah, who is also Chief Political Secretary to the Chief Minister, said if the opposition accused the government of not doing its job or had neglected the people, BN cyber-troopers should counter by publishing and explaining all that the government had done for the people.

Taking the state’s trunk road as an example, Abdullah said that the opposition was very fond of championing a dual-carriage way from Lundu to Miri.

“In such cases, members must accept the reality of such shortcomings before they can explain the situation to the people rationally.

“The government does not make empty promises, but we must accept the reality of this shortcoming. Therefore, we will tell the public that the state has applied for funds from the federal government to realise this project.”

Abdullah said the federal government had always looked upon the state as one of its fixed deposits.

“Who knows, we will get bigger allocations the next time around. The government will not simply make promises that it can’t meet. Otherwise, we will be made to look like fools.”

The talk, which also touched on cyber legislations such as the Multimedia and Communication Act 1998, is the first to be held in the state.

Similar ones would be held in Miri and Sibu soon.