The 32-year-old woman who was detained for allegedly insulting the Yang di-Pertuan Agong on Facebook has been released.

“The investigation is still ongoing,” he told a press conference here Wednesday.

ACP Aziz said the suspect was believed to have been in hiding after her identity was revealed on the Internet following the alleged insults.

“We are tracking down four other individuals to assist police in the investigation.

The woman was picked up in Taman Nirwana, Ampang, at 9.30am on Tuesday.

Malaysian Communications and Multimedia Commission (MCMC) in collaboration with the police, successfully tracked down the suspect, who was said to have insulted Yang di-Pertuan Agong Tuanku Abdul Halim Mu’adzam Shah on Facebook.

The woman is being investigated under Section 4(1) of the Sedition Act 1948. 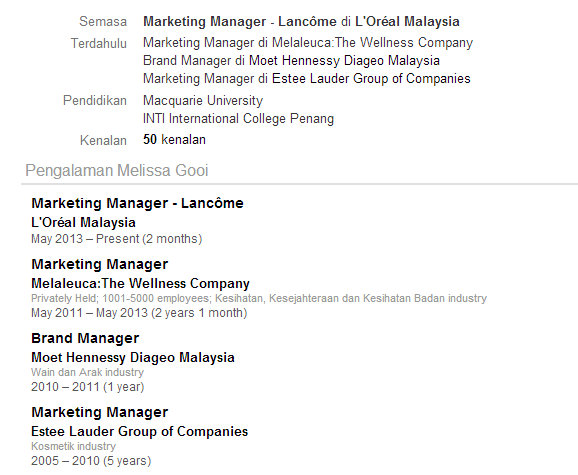 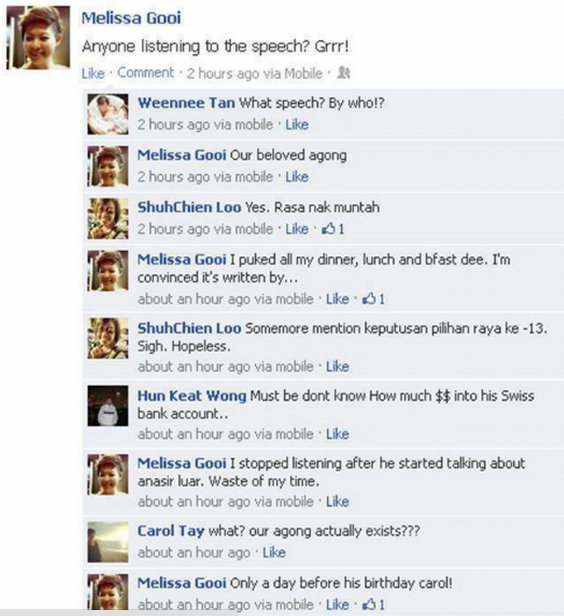 Ya, Agong itu WUJUD di Malaysia. Sila Google di sini untuk mengetahui informasi mengenai Yang di-Pertuan Agong. Are you a Malaysian, Carol Tay?
Sooner or later all of us will know who those people really are. Police could start by asking Mellisa to go to the nearest police station.