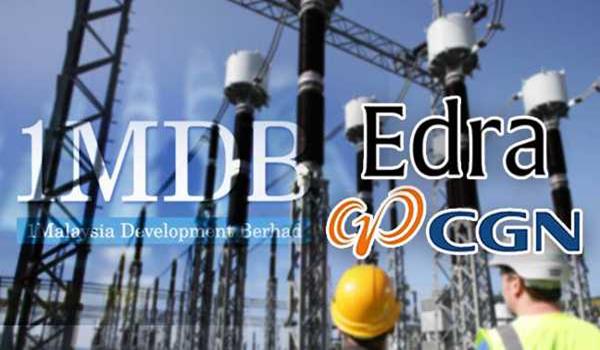 CGN Group will pay, in cash, an equity value of RM9.83 billion and will assume all the relevant gross debt and cash of the Edra Operating Companies, based on a valuation date as at 31 March 2015. The transaction is expected to be completed in February 2016.

Indicative offers for the Edra Operating Companies were first received in June 2015 via a rigorous, competitive and international tender process run by 1MDB’s financial adviser, Maybank Investment Bank Berhad. Rothschild acted as financial adviser to Edra. The sale is the largest announced M&A transaction in Malaysia and one of the largest in the Asian power sector, year to date. More importantly, this transaction marks the achievement of the first major milestone in the 1MDB rationalisation plan, as presented to the Cabinet of Malaysia on 29 May 2015.

Arul Kanda, President & Group Executive Director, 1MDB, said: “We are pleased to announce this significant milestone of the Edra monetisation process. CGN Group was a clear winner in this international tender, based on the objectives announced by 1MDB previously, namely value maximisation, acceptable commercial terms and certainty of transaction execution. The purchase by CGN Group brings a significant Foreign Direct Investment commitment to Malaysia and is a clear vote of confidence in the Malaysian economy. He further added “1MDB thanks the staff, senior management and board members of Edra for their contributions to the company and commitment during the sale process”.

Dato’ Mark Ling, President & Executive Director, Edra, said: “Edra has successfully integrated what was originally 13 power plants across five countries, into one cohesive and strong platform, that practises the highest of international standards. I am proud that the value created in our operating assets has been recognised by CGN Group, a major international operator with significant global operations. Edra senior management and staff are committed to continue performing our role as a key independent power producer (IPP) in Malaysia, Egypt, Bangladesh, Pakistan and the UAE”.

Mr He Yu, Chairman of the Board, CGN Group, said, “This investment represents a major commitment by CGN Group as part of a long-term, global diversification initiative. We are extremely impressed by the highly regulated, stable and transparent independent power producer framework in Malaysia, which has given us the confidence to make a long-term investment to the country. The CGN Group is a responsible and involved investor. We will work closely with Edra, a Malaysian based and Malaysian run global platform, and together, will take it to the next level. Most important of all, we will ensure uninterrupted power supply, using environmentally friendly technologies and adhere to the fixed terms of the respective power purchase agreements, for the benefit of the people of Malaysia.”