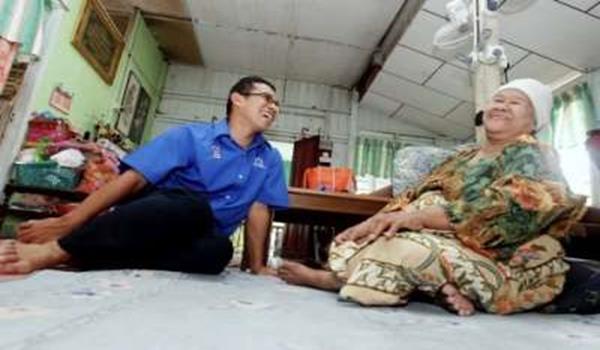 PAS GIVES UP HOPE OF WINNING, EVEN HAS NO CONFIDENCE IN REDUCING MAJORITY

PAS has given up hope of winning the Kuala Besut state seat but the party has not ‘thrown the towel down’ yet as it struggles to reduce incumbent Barisan Nasional (BN) the 2,434 majority votes the latter got in the 13th general election.

But then, the party does not see any indication that the majority gained by BN would be reduced given several factors that hamper the efforts.

PAS central committee member who is also Tumpat MP Datuk Kamaruddin Jaafar said firstly was polling would be held on Wednesday, a working day where outside voters were not able to return to vote.

“Secondly the turn out for local voters is not expected to be high given it is a Wednesday, a working day and fasting month.

“Nevertheless, we will continue pushing as we are not out as yet,” he said.

PAS is indeed far behind BN with three more days to polling as the party’s nightly ceramah held at various kampungs attracted not more than 150 people, except for the party spiritual chief Datuk Seri Nik Aziz Nik Mat’s ceramah held at Gong Badak which attracted some 1,000 but apparently most of them were from Kelantan, not local voters.

And that was only once, three nights ago and after that, there are no more Nik Aziz as he is not well, in fact he only spoke for hardly 15 minutes as he felt tired.

Terengganu PAS chief who is also party president Datuk Seri Abdul Hadi Awang had just appeared in the scene two nights ago after returning from performing umrah, thus leaving the party with a ‘commander’ in the battle.

The party had actually fell behind on the first day of official campaigning when BN launched a Massive attack in the state constituency with dozens of ministers and deputy ministers flocking meeting voters day and night.

Small ceramahs have been held indoors in small groups comprising not more 100 people, explaining government policies and what kind of aid the people can get for what kind of sectors while official functions are held daily in the daytime, a true show of force.

PAS, on the other hand has been slow as Terengganu PAS played second fiddle to Kelantan PAS given the director of the bye-election is from Kelantan – Datuk Husam Musa – and most of the election machinery is from PAS, which is just 20 minutes away from Pasir Puteh, Kelantan.

With such scenario, Kamaruddin is right about his party’s status in the ‘battlefield’.