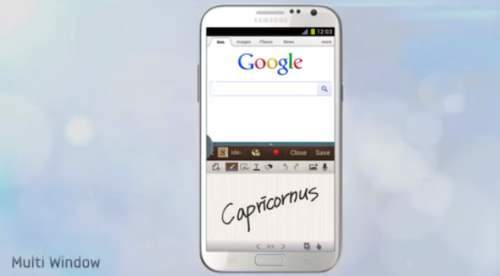 Is your favorite feature of the Samsung Galaxy Note 10.1 is how you can open two windows simultaneously on the display? If it is, it looks like the 5.5” Galaxy Note II is blessed with the same cool feature along with a host of S Pen dedicated applications to make the device one-of-a-kind. Along with the launch of the device in Korea, Samsung released a video showing off the next generation Samsung Galaxy Note and all the stuffs it is capable of doing like Multi-window, which works for several of the stock apps such as browser, S Note, messaging, Maps, Gmail and such.

The video also shows off Air View – hovering the S Pen on top of the display to get a preview of the file be it a video, message, or even what’s inside a particular folder; Popup Note and Popup Video that allows you to edit a Note or watch a video on top of your other applications, the new sexy stylus, and many more including my favorite Best Face photo editing app.