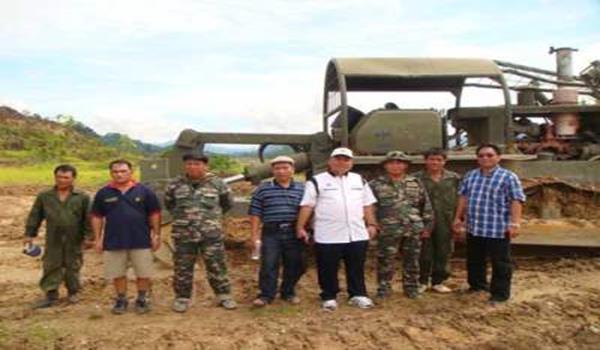 Sarawakians living in rural areas and using the Sungai Rajang as their main artery for transport, will soon have an alternative land route when road works are completed soon.

Defence Minister Datuk Seri Hishammuddin Hussein said the 38km road project which is one of four road projects in Sarawak, undertaken by the Defence Ministry through its ‘Jiwa Murni Khas’ special project,  was 92 percent completed and expected to be completed by August.

“The road project is to build a road close to the main Batang Rajang river, not far from where the boat capsize tragedy happened recently,” he said in a statement, here, today.

“With the alternative land road available, rural folks need not depend heavily on rivers as their main mode of transport due to the high risks involved, especially like the most recent tragedy,” he said.

The RM56 million project is undertaken by engineers from the Armed Forces with assistance from the local councils and funded by the Implementation and Coordination Unit (ICU) under the Prime Minister’s Department as part of the Blue Ocean Strategy.

Last Tuesday, an overcrowded express boat carrying passengers who were returning home to celebrate Gawai Festival, capsized in rapids near Jeram Tukok/Jeram Bungan in Sungai Rajang, about a 40-minute journey from Sibu, Sarawak.